At the very top of the village stands the windmill, built on solid rock above three flat areas which once were threshing floors, and prove the importance of wheat in the valley now given over to vines. The economy of the village then depended on grain, sheep, goats and some vines. The windmill was first mentioned in documents dated 1692, and belonged to the feudal lord until the Revolution of 1789. It was described as being in ruins in 1838. Both the building and the milling mechanism were restored to working order in 2003. Since 2006, Cucugnan again bakes bread, biscuits and cakes, and you can rediscover the true taste of traditionally baked bread made from ancient varieties of organically grown wheat.
The main Beam of the windmill is of 200 year old oak, and the various other beams are of boxwood, oak and poplar etc. The horizontal millstones are of granite. The wind vanes are of ash, and can be directed to catch the wind by making the entire roof revolve. They have canvas sails which the miller spreads out more or less according to the strength of the wind.
Practical information
Guided tours may be organized for groups (adults or children). Contact “Les Maîtres de mon Moulin”, 04 68 33 55 03 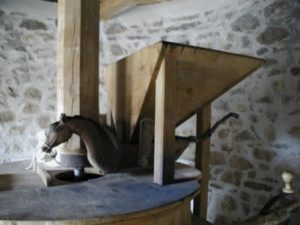 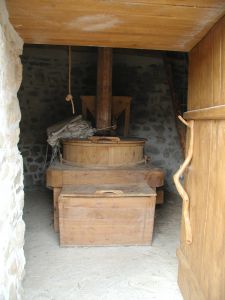 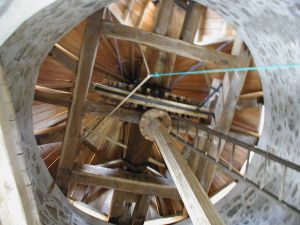 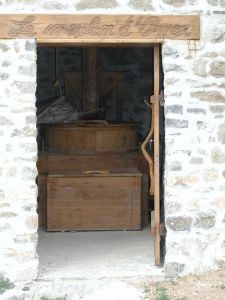